I don’t know about all of you but going in and out of lockdown has been really messing with my head. As soon as my brain adjusts to one way of living, we’re forced to change our lives all over again. This pattern of three months in, three months out is so discombobulating – I can’t keep my head on straight. I know I’m not alone in this, it’s just not natural for humans to go through this much stress and this much constant change – aren’t we all creatures of habit? How do we deal with this? And more importantly, how do we stay sane through it all? Especially knowing that there is a solution out there and seeing people all over the world finally get the relief we are all so deeply yearning for. It’s hard not to be angry but it’s also hard not to be scared because for us, this battle isn’t over. People are still dying, people are still getting sick and it seems like hope for normalcy is dwindling amongst us all. 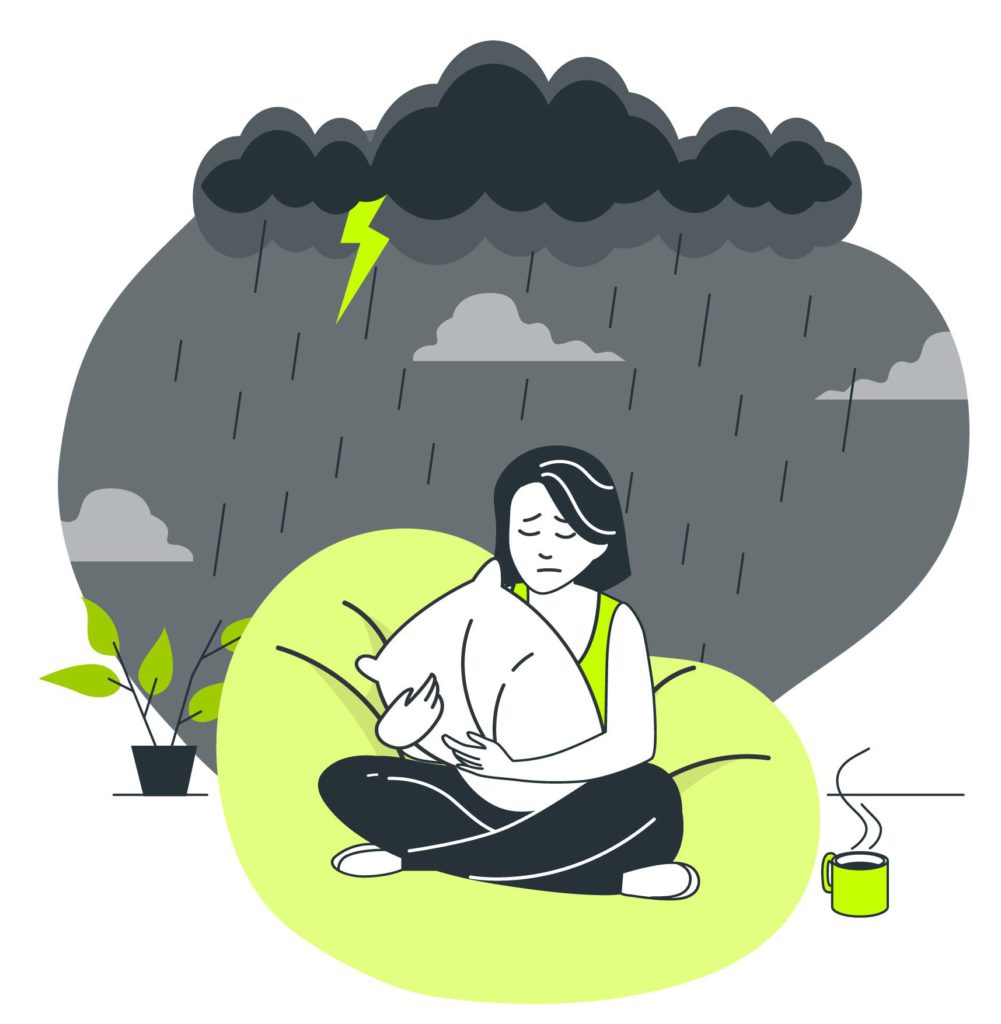 Third round of lockdown hits a lot different because any form of novelty has completely run out, the excitement of working from home, the motivation to learn new skills and make the best of this time is gone because we’re so frustrated. Depressive thoughts live on the edge of our minds, anxiety is brewing and resentment of losing our best years is at an all time high. I’m never going to be 25 again, I’m never going to look this good or have this much energy. I’m never going to be able to look back at my twenties without the horrible stain that the pandemic left. My mental health will never go back to how it was pre-pandemic and I just don’t know how to deal with it all.

Mental health advocates and experts would say meditate, journal or go for walks to ease the pain. But I don’t want to ease the pain, I want to live my life – I want to be around my friends, go on dates, make strides at work and be a whole person. So much of ourselves gets suppressed and pushed aside to be able to handle this isolation, we took solace in the fact that last year everyone all over the world was going through it but now it seems like we’re one of the few countries left behind. There’s so much helplessness in all of this too because as individuals what can we really do? We can complain on social media or to our friends, but nothing we say can actually create tangible change in this time.

So I suppose my question remains, how do we stay sane in yet another MCO? Do we make an effort, do we try to make the best out of the situation? Honestly, I don’t want to have to make the best out of it but I think we need to. We can’t give up on ourselves and we can’t give up on creating a meaningful existence even when we’re stuck at home. As I’m writing this I’m having a hard time believing it too, but the moment we give up on hope is the moment we give up on ourselves. As cheesy as it may be, we need to remember that like all bad things, this too shall pass and everything we’re dreaming of will come to be again. We’re in this together and in all the tough feelings, remember that you’re not alone. We will weather this storm and come out of it better and more resilient than we ever thought we could be.

How have you been staying sane during MCO 3.0?

Follow us and get the latest news delivered to your timeline!
lockdownmcomentalhealthpandemicpersonalessaythenewnorm
Previous ArticleAstraZene-Can or Cannot?Next ArticleHow To Be An Ally

In my family, I am the oldest of just two, with there being a fourteen-month age gap between myself and my younger sister. We had an incredible childhood filled with laughter and fun, our parents were kind and present, pretty much all you need as children. For most of my childhood and adolescents, I was constantly reminded of the fact that I was the eldest. I had to set an example for my younger counterpart in addition to always having her back. It wasn’t something that particularly bothered me, it was just the requirements that came with the job.

Only when I was in my twenties did I realise how much this older sibling narrative had weighed heavy on my shoulders. It was a subtle pressure that had been around my whole life and it always made me feel like I had to be strides forward of my younger sibling – I had to be more mature, more put together and have things more figured out in order to be the best at the job I was born into. It had never occurred to me that having this pressure on me, and the expectations that came with it from both my parents and my sibling were almost unfair. Because the fact is, I’m only just over a year older than my sibling.

Yes, that makes a difference when you’re three years old vs two years old, but not so much when you’re nineteen vs twenty. This standard that I had been held to, especially by my younger sibling had strained our relationship because it was so difficult for me to live up to. She wanted me to be the perfect older sister who had the patience and advice to aid her growth. She wanted me to be the storybook big sis and I always fell short. I felt like I was never mature enough and never knew what the right thing to say was. I wasn’t like the elder siblings you see in movies who are akin to a second mother. I was equally as unfinished as my sibling.

It’s hard for me to mediate this because I understand where she comes from. She too believed the narrative of what having an older sister was supposed to mean. She too didn’t realise that the expectations she put on me were not exactly fair because I wasn’t a sibling who was years older than her with years of experiences to share. I was merely a year ahead. She had friends who were my age, and I had friends who were hers. But we didn’t see those friends the way we saw each other, I saw her as my baby sister and she saw me as her big sister – not people who were just a year apart.

Even now as adults, this narrative and the experiences that came with it can be tough to manage. I know my sibling hasn’t forgiven me for all my shortcomings growing up and that’s okay. I can understand that those things are harder to let go of because it was something she really believed in and wanted. I sit now at twenty-five and feel like I can finally be the older sibling I wish I could’ve been when I was growing up. I understand myself better and have had the right experiences to be there for her.

It’s not easy being the eldest, you’re the guinea pig to the parenting style of your mother and father and you’re the example to your siblings. However, I do believe that if you are able to get past the resentment which can come from being the eldest and understand that both parents and siblings are following pre-ordained societal narratives on what you ought to be, you can redefine what it means to be the big brother or sister. You forgive yourself for where you fell short and understand that there is a lifetime to make up for those years where maybe you weren’t ready to step into the role.

Life is long and if you’re lucky, you can cultivate a relationship with your sibling that is rooted in a deeper understanding of one another. Letting go of the hurt that comes with not being the ideal version of younger, middle or older siblings and accepting one another as they are. Easier said than done because ain’t no one that can push our buttons the way our siblings can. Nonetheless, I believe that if you genuinely want to, these relationships are worth the tears, anger and forgiveness. And maybe then the realisation will come that being the eldest sibling is one of the best jobs you’ve had the privilege of being born into.