After a few peaceful months of relaxed SOPs, a decline in cases and an increase in vaccinations, Malaysia is finally starting to face the Omicron wave. Hitting over 10,000 cases on Sunday, Health Minister Khairy predicts that cases will continue to climb for the next few weeks.

However, unlike previous variants, the cause for concern is not quite as high, especially in comparison to the Delta variant. In mid-2021 the Delta variant ravaged through Malaysia causing hundreds of thousands of cases and the highest number of deaths our country has seen. We saw 30,000 cases a day, hundreds of deaths also with individuals being brought in dead and a 4-month long nationwide lockdown.

Khairy has assured the public that the Omicron wave will not be anything like the Delta one, there will be no lockdown and the hospitals are more prepared than ever for what’s to come. High levels of vaccinations and boosters also play a major part in our immunity to the virus, so that in the event of infection, symptoms will be mild and short-lived.

He also announced today that the Health Ministry will be reactiving the National Rapid Response Task Force that will be taking rapid preliminary action to ensure control over transmissions and sufficient resources to handle what’s to come.

With the Omicron variant, the risk of death is highly reduced with symptoms reflecting those of a common cold. With it being so mild and providing an increased immunity after infection, it is likely that after this wave we will be able to safely say that we have entered into an endemic.

Countries like the UK and Nederlands have eased almost all Covid restrictions with even masks no longer being mandatory ever since the downturn of cases from the Omicron wave. This gives us hope that within the next few months, we too will be able to enter the endemic era of Covid.

Nonetheless, there is always a risk in getting Covid and how it can affect you individually. So make sure to comply with SOPs, mask up and get boosted!

Follow us and get the latest news delivered to your timeline!
covidcovid 19happening nowmalaysiaomicronpandemic
Previous ArticleThe Woke Up Show Ep19 – DragNext ArticleLove Bites: An Introduction

Our bed’s been made, I guess we gotta find a way to lay in it

Looks like our democracy has been disregarded for the time being and no amount of unrest from the citizens is going to make a difference. For most of us, this is our only home so it’s time to make the best of a bad situation and be clear about what we want from the people in power:

Parliament back in full session

If SOPs are in place and MPs are vaccinated, there is no reason for parliament not to reconvene. The voices of the people need to be heard and this is the only way we’ll be able to see that.

Proper financial aid to the B40 community

Not just one-off handouts, but monthly financial aid to help those who have been struggling to put food on the table for the past year and a half.

Restructuring of the Pandemic Recovery Plan

Insanity is defined by doing the same thing and expecting different results – it’s time to rethink, relook and restructure our plan to get us out of this pandemic. It’s not about relying on the vaccines alone but holistically approaching the situation.

Automatic registration of voters for those ages 18 and above for upcoming elections.

Vaccinations for those in remote areas

Even though the vaccination rates have been tremendously high, it is clear that those living in the outskirts and the Orang Asli community have yet to receive their doses.

Better support for our healthcare workers

Without our incredible healthcare workers, we would have seen many more fatalities in the country. They should be given full-time positions with the benefits that they deserve.

Foreign workers deserve to have safe working and living conditions that should be mandated under the law.

Stopping the intimidation of activists

Under a true democracy, activism, protests and the voices of the people must be heard. Activists should be allowed to speak on their views without fear of being investigated.

These are just some of the ways we want to see a positive change with the “new government”. Let’s hope that there will be some brighter days for us as Malaysians.

After 20 years of presence in Afghanistan, President Joe Biden withdrew all troops from the nation, closing Americas longest war.

The American army came to Afghanistan after the 9/11 terrorist attack to dismantle al-Qaeda and locate Osama bin Laden. This was led by George Bush to “win the war against terrorism”, even though none of the assailants in the attack were actually from Afghanistan. 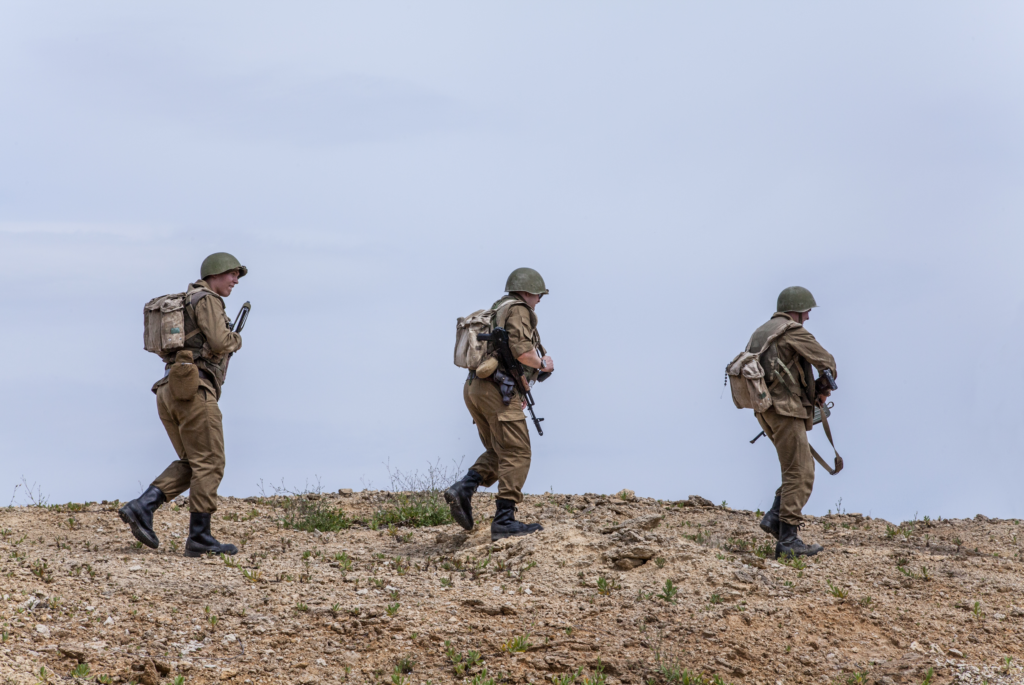 Over the past twenty years, the relationship between Afghanistan and the US continued to be turbulent with initial airstrikes, a call for the reconstruction of Afghanistan, an alliance between the leaders of both nations, a crackdown on the Taliban which was recommitted by President Barack Obama, the killing of Osama Bin Laden, the Taliban causing tensions between the nations, the US dropping its most powerful non-nuclear bomb, a resurgence in attacks by the Taliban as a response to the Trump administrations Afghanistan plan, peace-talks resulting in a deal on a path to peace and finally in 2021, Biden withdrawing all troops.

This is a very condensed summation of the intricacies of the relationship that the US has had with Afghanistan. However, it’s important to understand that the complex relationship plays a direct role in the reality that many Afghani nationals are facing at this time.

Before the extremists groups took control over the nation, in the 1960s, Afghanistan was a place filled with art, poetry, education and equality. Looking back on pictures, Afghanistan was comparable to a modern-day nation with forward-thinking ideologies with freedom and safety amongst the people. 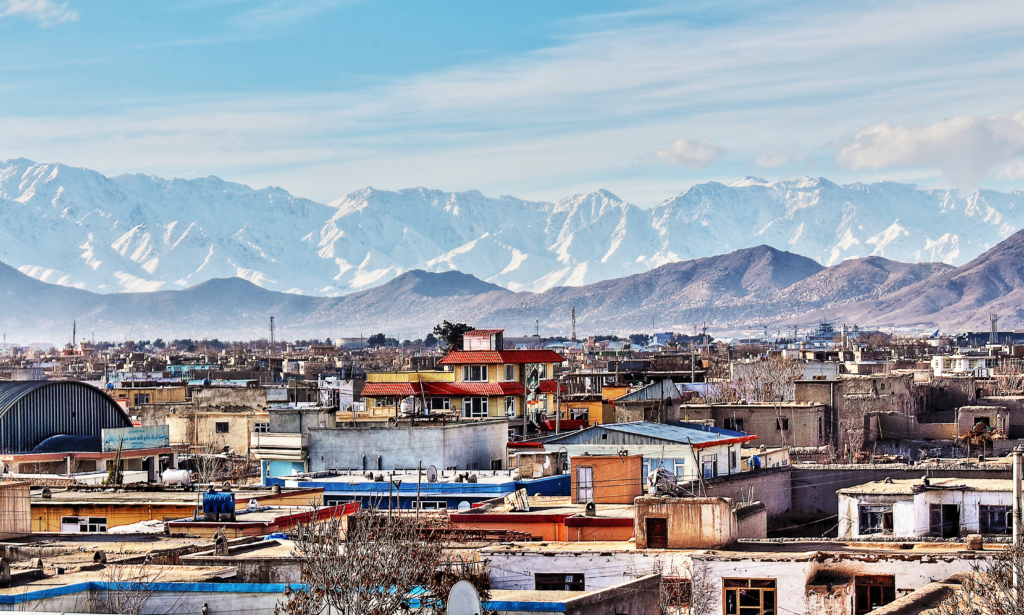 This all changed when the Soviets came into Afghanistan in 1979. The entrance of the Russians set the trajectory of the rest of the history of the nation, with the American involvement, the civil war creating fractures in society allowing the Taliban to take over, to the reality that it is today.

Just two days ago, on Sunday, August 16th, as the American troops left the country, the Taliban entered the capital of Kabul after a steady seize of the other cities and took over. The President of Afghanistan, Ashraf Ghani, fled the country leaving his people vulnerable to the inevitable takeover. He claimed that his abrupt exit was to “stop further bloodshed”, however, many perceive this as a cowardice move abandoning the people who had fought so hard for democracy in the nation. 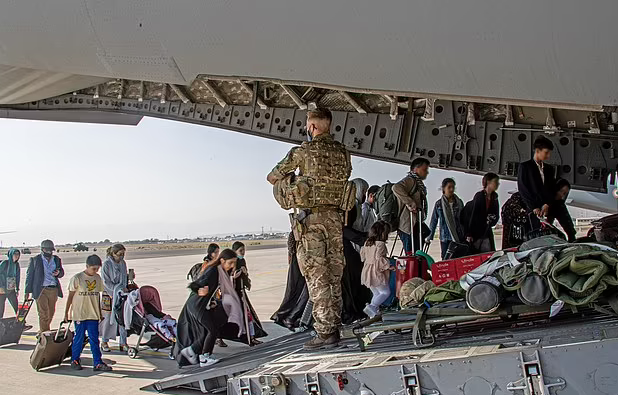 All over the country, people are racing to airports to seek safety elsewhere. Under the rule of the Taliban, the country as they knew it for the past 20 years would be completely radicalised. Women and young girls top the list of greatest at risk to the regime, with most being told to stop attending schools or universities so that they are able to marry off – even girls as young as 12 years old. The reinstatement of the repressive and fundamentalist rule will set Afghanistan back almost 200 years and the twenty years of wars, trillions of dollars spent and the hundreds of thousands of lives lost have all be undone in the matter of just one day.

The new Taliban rulers have stated that they have changed their ways and hope to have peaceful international relations and maintain the rights of women. Onground, in Kabul, there hasn’t been violence in the city, rather at the airports where people are desperate to flee. However, despite the fact that things have been somewhat quiet in the city of Kabul, many of the older generations remember the harsh regime under which they lived and struggle to believe that this leadership has changed. Under the strict Shariah Law, education for women and girls were forbidden, they were not allowed to work, let alone leave the house without a male guardian. Most forms of entertainment were banned and women were forced to cover themselves from head to toe.

The population of Afghanistan is a young population with 3 out of 4 individuals under the age of 25. This means that many don’t remember the trauma that was faced prior to US involvement and even attempting to adapt to the fundamentalist rule will be near impossible. It cannot be determined what the Taliban’s rule over the country will look like, however, if it is anything like it was historically, the world will be waiting to see what happens to the people who are not aligned with the Taliban’s governance.