The Hacker Collective is a socially impactful, self-taught, hacker community that aims to challenge the status quo. They believe that the school, university, job pipeline is no longer the only path to success. Started by Deric Yee and Ming Yu, these young men aim to bring affordable programming and coding training to those who want a new start in their career or to those who are looking for a more inexpensive option to university. Their goal is to get people to start working and learning on the job without paying so much for a degree. They’re even so confident in their program that they’ll give you a refund if you don’t end up getting a job after completion!

From the very start, they believe in disrupting the predetermined pipeline that most have fallen into. University graduates everywhere can attest to the fact that theoretical knowledge is not always applicable to real-life jobs and that we tend to actually learn so much more once we start working. Job training is also something that needs to be done regardless of if you do or do not have a degree, so why do so many of us believe that university is essentially the only choice after we graduate high school? 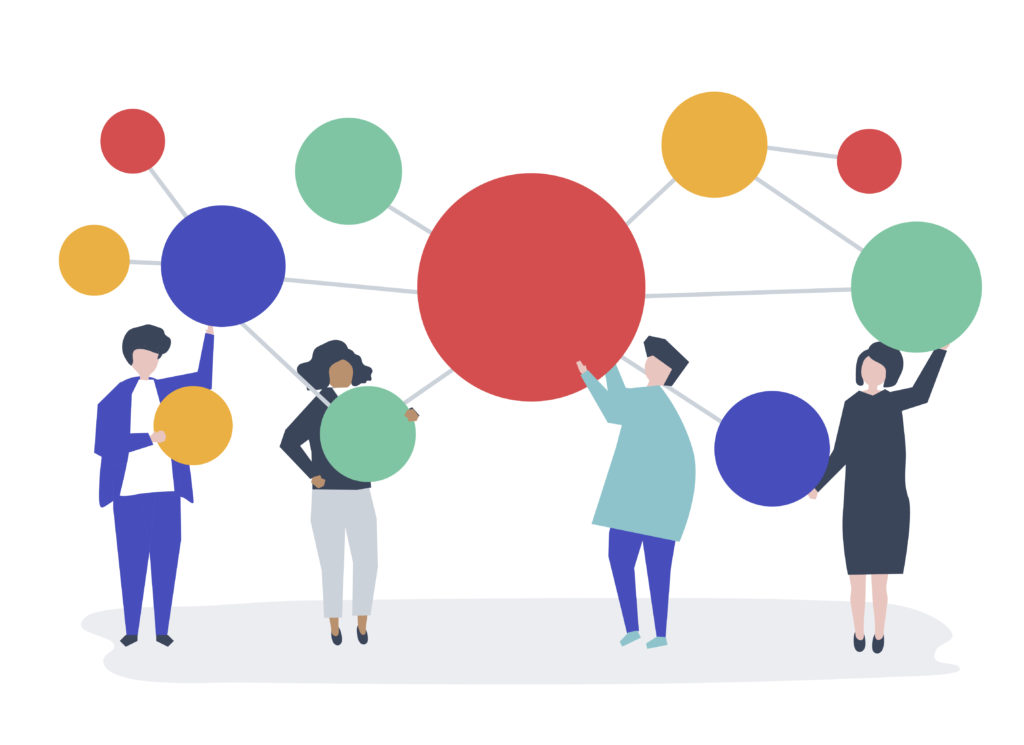 Deric speaks about how he studied business and accounting in university and followed suit to work for a venture capitalist firm. However, his interests always lied in tech. He decided to take time and learn these skills online – not being able to afford the expensive 6 month courses, he went on youtube and got to self-learning. From this experience he realised the value of self-learning and decided to take on this model for The Hacker Collective. He; along with Ming, created a curriculum that works in a way to build an ecosystem where students come in, go through the program, gain real world experience and then start mentoring a new batch of students. Their social learning model makes it so that you’re not in it alone, there’s mentorships, project matching, Q&A’s, peer review and gamification. With all these added social benefits, is it still necessary to pay such a huge premium for the university “experience” – especially during this post-covid economic state where most universities are shifting to an online model?

The Hacker Collective is here to shift our mindsets and show us that it is possible to be successful and have a great career without everything we’ve been preconditioned to believe we need. Their programs are short, inexpensive and cover the basics of programming while giving experience on-ground

As they continue to grow, they want to go further and bring these programs to the community that needs it the most. More often than not individuals within the lower socio-economic communities do not get exposed to these fields, they’re put into a bubble of physical or manual labour. However, there is no reason to limit opportunity just because of “social class” – talent exists within all ranges of people. THC firmly believes in this and wants to build a bridge that helps individuals uplift themselves and be empowered.

When we’re caught up in our lives, we don’t often realise how immensely privileged a lot of us are to have a university degree and even more so to study overseas. For many, the belief is that university is the only option to a good career but familial obligations and lack of finances play a major part in why many individuals don’t end up going. As adults, not everyone can afford to not be earning money in addition to paying expensive tuition fees. What THC seeks to do is educate communities on the fact that there are other ways to be educated. Their Project Upskill programs are only 4 months long and will teach the skills needed to be able to join a booming global industry. They also give students the opportunity to take on projects from real world companies that can result in further job opportunities and also work as a boost for resumes. THC’s programs are a way to gain a new path and really build a career. 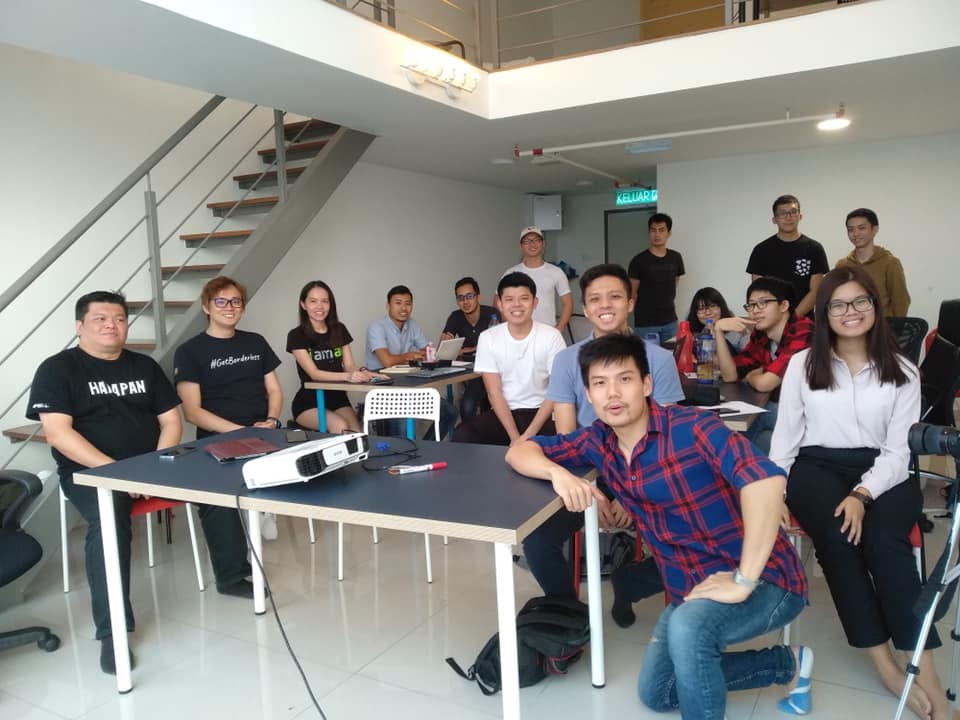 When speaking to the team at THC, it is evident that although the company is profit-driven, they very much believe that it is necessary to give back. It is heartening that a team of young people, in their twenties and early thirties, are so committed to helping others. The mindset of the millennial and Gen Z entrepreneurs is increasingly based in helping the community through empowerment. This shift from the traditional CSR handout model, shows us that society is moving towards a more empathetic way of existence. In considering the professional and financial goals of a business, companies are willing to go further and consider the community at large too. With The Hacker Collective, it comes down to providing affordable and marketable tech skills,  broadening the vision of the underserved communities and challenging the preconceived status quo. They are boundary pushing and mindset changing – and they’ve only just begun.

Check out The Hacker Collective at https://hackercollective.co

Follow us and get the latest news delivered to your timeline!
entrepreneurmillennialspotlightstart upthe hacker collective
Previous ArticleWaving The White Flag On Mental HealthNext ArticleEffective Altruism: What is it & does it work? 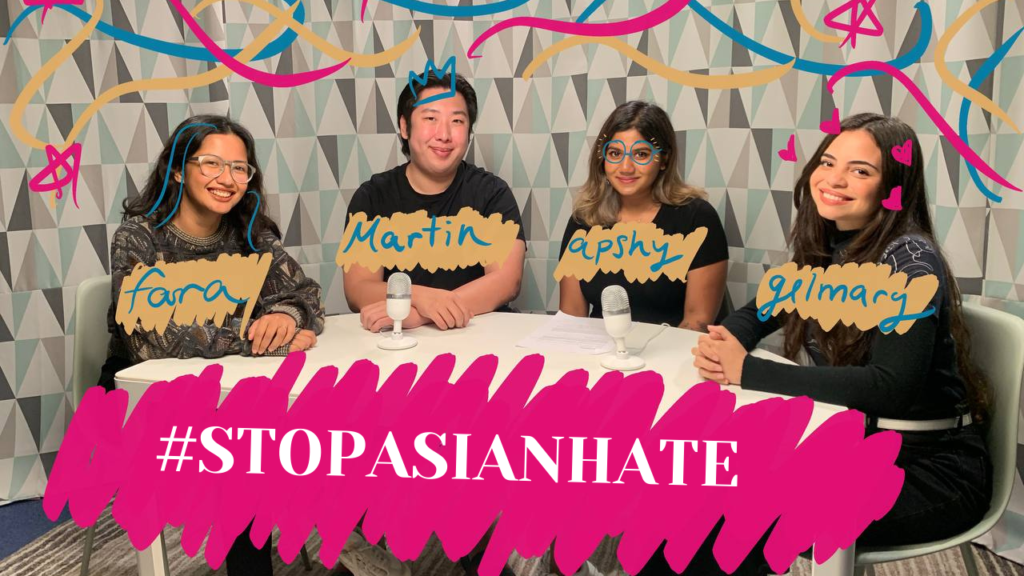 A soon to be household name, Picha Eats is a social enterprise that aims to create a sustainable and equitable ecosystem for refugees in Malaysia through the one thing we can all relate to – food! Founded in 2016 by Lim Yuet Kim, Lee Swee Lin and Suzanne Ling, they provide boxed meals, catering, open house experiences and shelf products all produced by refugees. As a company, Picha Eats embodies what it means to be a responsible business. They work for profit, but do so in a way that is thoughtful to their community.

After working as teachers at a refugee learning centre, the three women noticed that many children had to drop out due to financial troubles. They sought a solution to empower the families of these children. Realising the value of empowerment as a crucial part in creating a sustainable business model; they wanted to create something that wasn’t about giving handouts, rather, about training individuals to be able to provide for themselves. On the most basic level, near or far, we are all connected by food. Especially in a country like Malaysia where food is a vital part of our culture and is seen as something so meaningful to many of us. Picha Eats goes further to make this connection even more meaningful by giving customers the opportunity to eat good food while also supporting a pervasive cause. 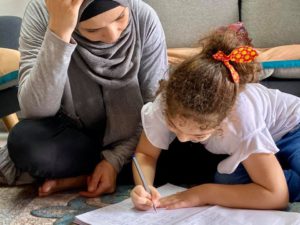 Social enterprises have a unique position in the economic market, they disrupt the traditional notions of business by tying in the community-serving nature of NGOs and non-profits with the traditional for-profit model. With Picha, by creating an empowerment-based system which is equitable, they are able to sustain both the refugees who work for them and the business itself. They are a business which is for the community and by the community. Their financial model works in a 50/50 way; if they make 1 million in a year, 500,000 goes right back to the refugee chefs who work and sell their products. So when it comes to bottom lines, they are focused on the finances and the numbers above all else because that’s how they measure their impact. If they are able to make enough to provide a liveable income for all their employees, then they’re hitting their goals.

Although they are a financially-minded business, their mission is rooted deep in changing the mindset and perception of refugees in Malaysia. To those of us who have access to the internet, higher education and reading materials,  we are able to learn and understand more about the refugee crisis. But there are a lot of people in our country who do not have such access, and because of this there are many people who believe in notions like “all refugees live in camps” or “refugees want to be in Malaysia”. These can’t be further from the truth. What Picha tries to do to combat these perceptions is educate their community through stories of empowerment. They never frame their content around pity, it’s about showing that upliftment is possible and that it is important to focus on a narrative that exemplifies resilience. At the end of the day, being a company that works so closely with a hugely marginalised community, bringing awareness and rewriting the narrative is at the heart of what they do. 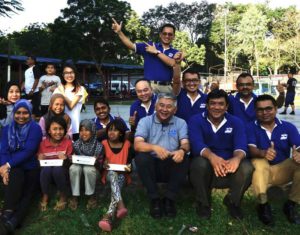 The Zaza Movement is a project under Picha Eats where individuals can purchase meals to give to someone in need. This movement started in 2017 when one of the chefs – A Syrian man named Zaza –  had gotten cancer. Two weeks before he passed, he spoke about how he wanted to cook chicken mandi and give it out to the people at the Mosque. Moved by this, the team started the Zaza Movement to do exactly this – bring good food to the communities who need it. During the MCO, many families struggled to put food on the table. Seeing this need, Picha worked to sponsor food for the B40 community and the front-liners. They managed to distribute 25,000 meals, had 293 meal sponsors and delivered to 31 locations. It is a truly beautiful message, to have refugees working hard to give back to a community that doesn’t always view them in a positive light. It is perception-changing, it is doing the right thing and it is putting the community first. 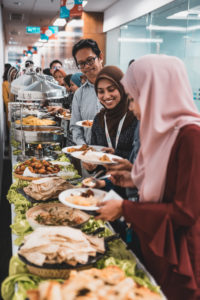 Picha Eats is a force to be reckoned with, throughout their four years of existence their growth has been extraordinary to watch. To date, they have managed to give back 2 million to their chefs. They started with just one chef making meals in her home, but have gone on to have been part of Urbanscapes, have a pop-up store at Ben’s Independent Grocer and even catered over 600 corporate functions. For a community that often struggles with making ends meet, this type of success and this type of recognition is extremely meaningful. Picha makes it possible for them to enter the economic market in Malaysia and earn a sustainable income, changing the pre-established rhetoric surrounding refugees. They’re not here to play, their hard work has made them on par with other Malaysian cafes, exemplifying that a business rooted in sustainable responsibility can exist in the same playing field as the more traditionally run businesses.

Picha stands out as one of the most successful social enterprises in Malaysia. They set an example as to how to make a business equitable, proving that working for a cause can be profitable. In this increasingly mindful society, we believe that businesses like this will come out on top. We look forward to seeing how Picha Eats will grow from this point forward, if it looks anything like the past 4 years – we’re in for a delicious treat!